Many of the frontier markets we cover have been dark areas of the financial world for years, closed-off from international trading. Today, their doors are being thrown open to global opportunities.

One financial advisory firm is shining through: Noor.

“Noor” means “to illuminate” and the symbol of our firm is the Lotus flower. Just as this water lily blossoms out of murky water, so too does Noor help your investments flourish within the obscurities of frontier markets through enlightened advice.

We know that it takes more than unrivalled global expertise to help your investments grow; more than unparalleled local knowledge: it takes both. Let Noor’s financial advice light your way.

Noor is an independent financial advisory boutique based in Switzerland with over 15 years’ experience developing invaluable contacts in frontier markets. Our unrivalled combination of global and local expertise enables clients to maximise emergent opportunities in the region.

Frontier markets are generally difficult and opaque spaces in which to function, with limited access to valuable information. By maintaining the highest standards of excellence, Noor has created a firm unlike any other in terms of proven proficiencies for advising on strategic transactions, experience and professionalism, and sheer dedication to clients.

Noor applies unrivalled understanding and relationships within our geographical zone.

Noor responds rapidly with senior involvement and processes tailored to your situation.

Noor looks globally and performs locally, combining the acumen of our worldwide partners and associates with the unique insights of our regional network to provide valuable, actionable advice.

Our senior professionals are involved intimately with each engagement, leveraging deep industry experience to identify the most appropriate strategic and financial approach for every transaction.

Our investment advisors have also developed detailed financial models to evaluate the most cost-effective capital structure, while maintaining the greatest possible financial and operating flexibility. 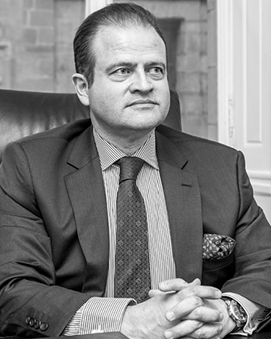 President of the Board

Bénédict Fontanet founded the practice alongside Guy Fontanet in 1985. Advisor to entrepreneurs, Swiss and international companies and groups, his practice is primarily focused on the financial, banking and commercial sectors. His expertise ranges from mergers and acquisitions to transmissions of businesses to real estate operations.

Bénédict Fontanet is a board member of companies active in the fields of finance, real estate, luxury goods and hospitality. He holds a law degree from the University of Geneva and was admitted to the bar in 1984. Along his professional activity, he has been involved in politics for over 15 years. He has served as president of the Christian Democrat Party of Geneva and was member of the Grand Conseil de Genève (Geneva State parliament).

Lucien Zanella joined Berney Associés in March 1998. His expertise lies in judiciary, criminal and civil law as well as in audit, financial engineering and wealth structuration. Lucien Zanella is an associate of Berney Associés specializes in the provision of professional audit, tax, advisory, outsourcing and fund administration solutions, multinational corporations and financial institutions.

He earned a law degree from the University of Geneva in 1981; thriving for excellence, Lucien Zanella then got a degree in Expert-comptable.

Lucien Zanella is also a member and a certified auditor within the OGCF (Ordre Genevois de la Chambre fiduciaire).

Vice-President of the Board

Roland Berger is Founder of Roland Berger, Munich, and has been the company's Honorary Chairman since 2010. He studied business administration in Hamburg and Munich.

Today, Roland Berger has grown to become one of the world's top five strategy consulting firms with 50 offices in 36 countries. The company has a workforce of 2,400 and advises leading international industrial and service enterprises, as well as public institutions. From the company's foundation in 1967 until 2003, Roland Berger was CEO of the firm, and until 2010 Chairman of the Supervisory Board. Prior to founding his strategy consultancy, Roland Berger was employed as a consultant and ultimately partner at a leading American consulting firm based in Milan and Boston.

Roland Berger has been appointed to various expert commissions by several German state governments and the federal government. From 2007 to its dissolution in 2014, he was a member of the High Level Group on Administrative Burdens under the leadership of former Bavarian State Premier Dr. Edmund Stoiber, appointed by the European Commission. Furthermore, Roland Berger was appointed a member of the Oxford Martin Commission for Future Generations in 2012. Since 2002, he has been on the Business Advisory Council of the State Premier of Saxony-Anhalt and was appointed to the Globalization Council Portugal by the Portuguese President Aníbal Cavaco Silva. Previously, German President Roman Herzog had appointed him to the President's Advisory Council for Innovation. Roland Berger has also actively participated in over 20 federal government commissions under Helmut Kohl and Gerhard Schröder.

Roland Berger is a member of several supervisory boards and advisory councils of national and international companies, foundations and organizations and invests in many private and listed companies as well as startups.

He was Honorary Consul General of the Republic of Finland in Bavaria and Thuringia from 1996 to 2015.

Outside work, Roland Berger pursues his interest in modern art and owns a large collection of artworks, mainly by contemporary artists from Europe, the US, South America and China. He also loves classical music and supports the Mahler Chamber Orchestra and Bavarian State Opera, among others. He loves hiking and cross-country skiing, especially in the Swiss region of Engadin.

President of Advisory Board, Partner 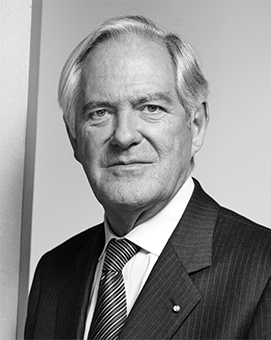 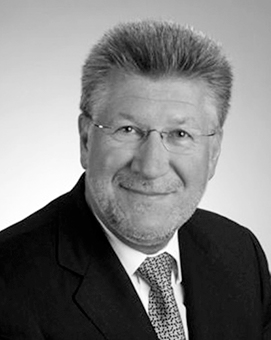 Member of Advisory Board

Roland Knecht is the CEO, executive director and owner of Atlas Asset Management. Over the course of a 30-year career at leading Swiss Private Banks including Banque Heritage, Clariden Bank, Citibank, UBS, he has held a variety of senior positions in Asia, The Middle East, Eastern Europe and Africa as well as responsible for the bank’s offices in Singapore, Hong Kong, London, Monaco, Dubai, Istanbul, Moscow, Beirut and Cairo and in London. Prior to his current role, he acted as Executive Board Member, Group Managing Director and Global Head Private Banking at Banque Heritage SA, a Geneva-based bank with offices in Geneva, Zurich, Lugano and Montevideo. He remains to be a shareholder in the Banque Heritage SA. Prior to Banque Heritage, he held various senior positions at Clariden Bank (later renamed Clariden Leu). He was a member of the Executive Board of Management. Since 2001, he is an independent Director of UOB Kay Hian Singapore, a leading publicly listed stock broking firm. He is the Chairman of the Nominating Committee as well as the Chairman of the Remuneration Committee. From 1966 to 1969, Knecht attended the Swiss Mercantile School in Wil. During the same time, he made an apprenticeship at UBS Wil.